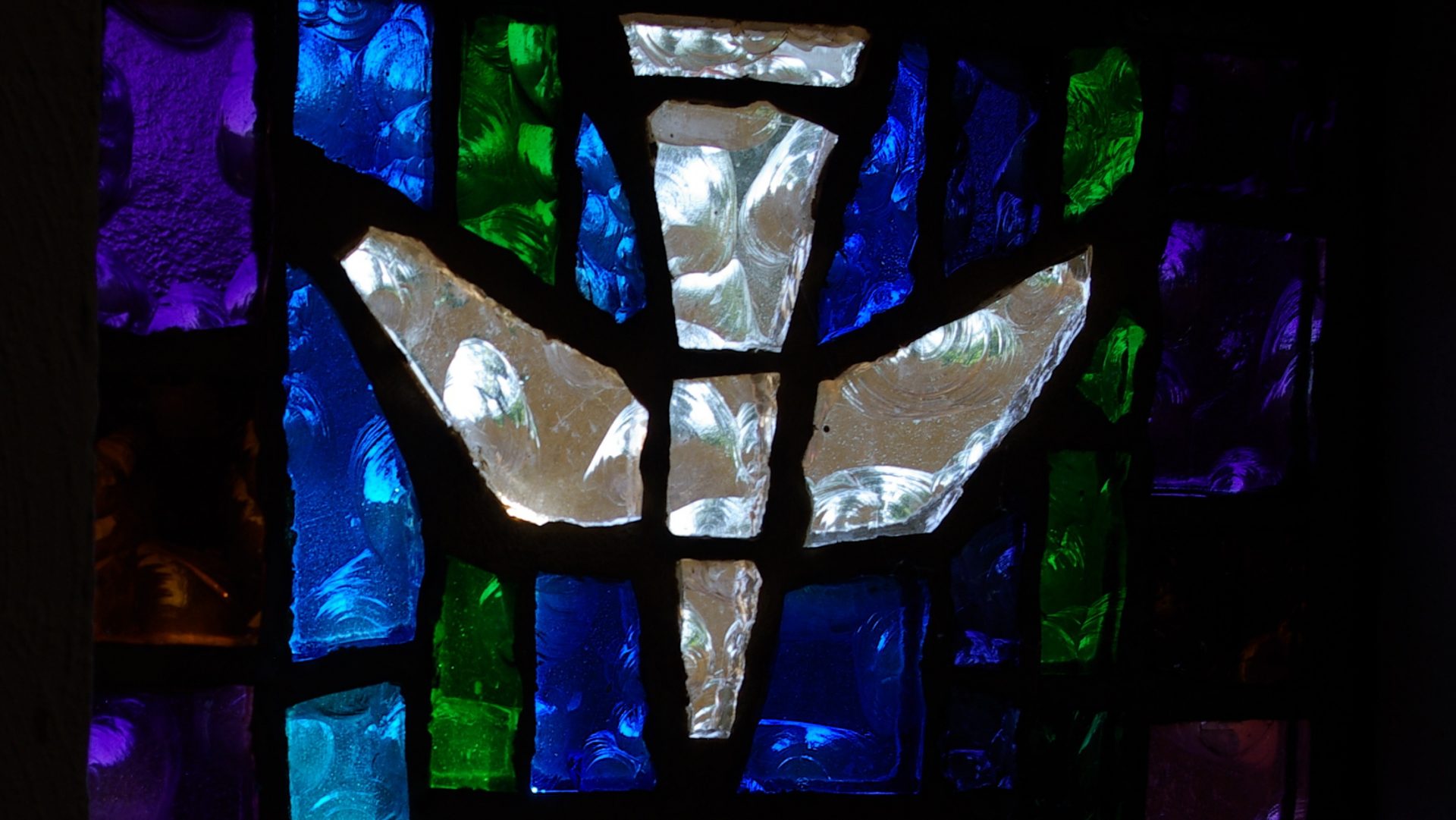 NATIONAL leaders of the UNITING CHURCH IN AUSTRALIA & UAICC

The national leaders of the UCA and UAICC are encouraging members tovstay active in support of racial justice, as the movement against racism continues around the world.
This week UCA President Dr Deidre Palmer and the Interim Chairperson of the National UAICC Pastor Mark Kickett, met to reflect on recent events, the issues in Australia and the ways church members can address these in the short and longer term.
“Together we grieved Aboriginal deaths in custody that continue, despite the Royal Commission that happened 30 years ago,” said Dr Palmer.
“We spoke about pastoral support for people in prison, and their families and friends.
“We spoke about ongoing effects of the trauma of colonisation.
“We spoke about the hope we see in emerging new Aboriginal leaders, and the new stories that are rising up, alongside the old stories, and older generations mentoring younger generations,” said Dr Palmer.
Over the past few weeks, Uniting Church members have been responding and reacting as part of global responses to the murder of African American man George Floyd in the US city of Minneapolis on 25 May.
Mr Floyd’s murder has sparked a wave of outrage and expressions of solidarity to address racism, discrimination, including black deaths in custody here in Australia.
Dr Palmer and Pastor Kickett issued Pastoral Letters to the Church last week, condemning the evil of racism and encouraging members to focus their attention on racism in Australia.
“This week we also spoke about Aboriginal spirituality, the connection to the land, language and culture and the importance it holds for Aboriginal people today and to all people living in this land,” said Dr Palmer.
“We spoke about the UCA’s commitment to walk together as First and Second peoples, and what that looks like on the ground in congregations, in urban, rural and heartland communities, for different generations, for our culturally diverse Church.  “We spoke about the ways we are walking together as First and Second
Peoples in and through the Uniting Church.
“At the end of our conversation we suggested three actions for Uniting Church members and a prayer for the coming week and beyond, as we acknowledged that we have longer term commitments and strategies that are part of the Uniting Church’s ongoing mission and ministry,” said Dr Palmer.
Uniting Church members are encouraged to take action, one being:
1. Show support.  2. Send your message of solidarity to the national UAICC. uaicc@nat.uca.org.au

JUSTICE & INTERNATIONAL MISSION—The wider church in action TIM MOLINEUX—Social Justice Advocate
Communities and individuals are looking for innovative ways to remain connected and engaged during this crisis.
In the last month, I’ve been in two countries, the Philippines and Australia, and I’ve been moved by the concern and patience being generously given and received between strangers during the challenging time. While we adjust to whatever this ‘new normal’ is, we must all remember to continue being kind to one another. Be supportive where you can, and don’t be afraid to ask for help if you need it yourself.
My work as Social Justice Advocate has also been impacted by the ‘new normal’, there has been a rapid shifting priority on how we adapt. Some key areas are:
• Congregational Resources on the Statement from the Heart
• Social Justice Networks. With congregations no longer meeting in person as we practice social distancing, the idea of forming
geographical social justice networks within presbytery is ongoing (via zoom) • Youth and Young Adults. There is a possibility of exploring if a dedicated young adult or youth social justice space within the church could operate digitally.
• JustAct Website: We are attempting to respond to the changing needs of congregations as we find ways to exploit what a digital
online space has to offer.

There are many lessons to be learned while we all fact the challenges that COVID-19 brings. Primarily, what it means to be physically distanced from people, while still trying to stay socially interconnected. I continue to see a growing shared commonality as we face adversity together. Every day that passes, I’m reminded of the extraordinary power that collective action can achieve for societal change in the pursuit of good. My only question is, will we carry the lessons we have learned beyond this current crisis, and into
the future MARK ZIRNSAK –Senior Social Justice Advocate
My work has been on addressing social justice issues impacted directly by the Covid-19
crisis.
The immediate need has been for people on temporary visas and people who have applied for asylum in Australia. There has been work with congregations to ensure people from the Pacific on the Seasonal Worker Program do not become unlawful
due to their existing visa ending. Also, that they continue to have jobs. For people who have applied for asylum, people on Temporary Protection Visas and people on other temporary visas the Commonwealth Government has failed to provide
social security support on other forms of income support. I have been part of the broader campaigns seeking to ensure these people are not pushed into destitution in Australia and have access to Medicare during the crisis.
Work also continues on developing resources on critical social justice issues to be addressed when the COVID-19 CRISIS IS OVER. These resources include congregational resources around climate change and addressing online child sexual abuse. There is also significant work on seeking measures to curb family violence. There is work with the Refugee Council of Australia to seek pathways
where people on temporary protection visas can be given permanent refugee status in Australia.

JUSTACT—Act with Justice in Mind

JUSTACT—Act with Justice in Mind
News from the Justice and International Mission Cluster June 15, 2020
Consultations on Climate Change and Well-Being in Cyberspace The Justice and International Mission Cluster is conducting consultations on two issues:  Climate change; and Regulating the online world to provide for the well-being of all people, especially
to end online child sexual abuse.
The JIM Cluster believes there is a need for the Synod to update its position on the urgency of addressing the causes of climate change. There is also a need to consider the actions that need to be taken in response. The JIM cluster is keen to hear the views of Uniting Church members on what action the Synod should take on climate change.
The JIM Cluster is holding two online forums to hear feedback from anyone interested on climate change
Tuesday 21st July, 7 pm – 8 pm
To register go to: https://www.eventbrite.com.au/e/consultations-onclimate-change-tickets-108806980608
Wednesday 22nd July, 10:30 am – 11:30 am
To register go to: https://www.eventbrite.com.au/e/consultations-onclimate-change-tickets-108945980360

The JIM Cluster also intends to bring a proposal to the November 2020 Synod meeting, which would set the principles by which the Synod should support or oppose particular measures to regulate the online world. The JIM Cluster is keen to speak with congregations and church members that have an interest in the issue.
The JIM Cluster is holding two online forums on regulating the online world to hear feedback from anyone interested.
Wednesday 22nd July, 7 pm – 8 pm
To register go to: https://www.eventbrite.com.au/e/consultations-on-regulating-the-onlineworld-tickets-108815082842
Friday 24th July, 10:30 am – 11:30 am
To register go to: https://www.eventbrite.com.au/e/consultations-on-regulating-the-onlineworld-tickets-108946493896
If you or your group would like to organise an opportunity to provide feedback at another time, contact Mark Zirnsak on 0409 166 915 or emailing mark.zirnsak@victas.uca.org.au 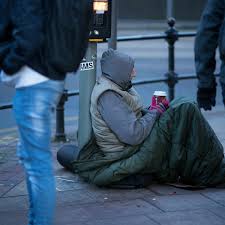 Due to Covid-19 only new blankets and money donations will be received.
Cash donations will be used to purchase new blankets and swags for those sleeping rough this winter.
Donations are being taken at WAW or they can be dropped off at St Stephen’s during Emergency Relief hours (Monday to Friday—9.30 am to 12.30 pm) or on Wednesday between 1-3 pm when
Judith is in the office.
For more information go to: https://unitinggoulburnnortheastwinterblanketappeal.gofundraise.com.au/

Victorian Council of Churches Emergencies Ministry
The Victorian Council of Churches Emergencies Ministry began in 1977 and has grown to over 1,600 volunteers who are trained to
respond to disasters in Victoria.
VCCEM has responded to numerous State Disasters including the Ash Wednesday bushfires in 1983, Gippsland Floods, North East Floods in 1993, Mildura’s Cardross Accident in 2006, Kerang Train Crash in 2007, Melbourne Airport Incidents, Burnley Tunnel Accident and Black Saturday Bushfires in 2009 and floods in 2010/2011 & 2016 just to name a few.
If you would like to be part of the VCC Emergencies Ministry program, then go to their website at www.vccem.org.au and register online for training at Salvation Army Hall, 35 Ford St, Beechworth on Saturday 21st March 2020.
For further information call 03 9412 8481 or email emergencies@vcc.org.au

All programs, including AA and NA are in recess.

Also that all programs, including AA and NA, are in recess until the Corona virus bans are lifted. 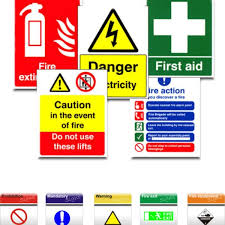 Recycled Bicycles FOR SALE – By Appointment

Open at 1 Nilmar Avenue on a Tuesday mornings.

Dad’s Army are in urgent need of TIP VOUCHERS

If you have any vouchers and would like to donate them to Dad’s Army, please hand them to Col or Dave. Thank you 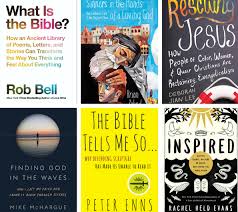 Discussion Group on a Tuesdays  @ 7.30 p.m.
Check with Judy Bedford for copy of book & Venue.

You are welcome to read the book for personal nurture and/or join the discussion group.

Have you ever stopped to think how many people St Stephen’s through Uniting, helps with Emergency Relief?  Around 80-90 people come for food and other assistance each week.  Many of these people have families, so the number is well over 200.  Among these folk are people from many different backgrounds.  Some have experienced job loss, mental health issues, family violence, chronic illness or lack of money to buy school supplies or food.  There is a great mix of feelings among our clients – sadness, a sense of loss, a lack of trust or hopelessness.  Sometimes there is anger and feelings of isolation.

Staff and volunteers at Uniting assist people ‘where they are at’.  Training and experience helps us deal with these feelings, but sometimes there are issues that flare up and it can become difficult and we need outside assistance to manage.

We value your prayers for wisdom and grace as we seek to support, love and accept those who come for help.